skip to main | skip to sidebar

On Monday, September 17, 2012, deputies with the Washington County Sheriff's Office executed a search warrant at the home of Vaughn and Janet Cummings. In July deputies received information that the Cummings were growing marijuana behind their East Machias home, which is located on the Palmer Landing Road. On Friday, September 14, 2012, officers located and surveilled the grow. On Monday, September 17, 2012, a search warrant was issued to search the Cummings residence and surrounding area according to Sheriff Donnie Smith. Deputies located 58 marijuana plants and approximately 1.4 pounds of processed marijuana. In addition to the seized marijuana, deputies seized 18 firearms. Vaughn Cummings, 52, was arrested and charged with Marijuana Cultivation. Janet Cummings, 51, was summonsed for Marijuana Cultivation. They have a November 5, 2012 court date. In a separate search near the property, deputies searched the home of Leonard Wood Jr., 34, of East Machias. Located near Wood's residence was 9 more marijuana plants. Leonard Wood was arrested and charged with Marijuana Cultivation. Additionally, Wood was charged with Falsifying Physical Evidence for cutting and attempting to conceal the marijuana as deputies arrived to execute the search warrant. He has a November 5, 2012 court date in Machias. Wood was also found to be in violation of marine fisheries laws. Marine Patrol responded and issued summonses for two violations. Washington County deputies were assisted at the scene by Maine Forest Rangers, the Maine Warden Service and the Maine Marine Patrol. Sheriff Donnie Smith 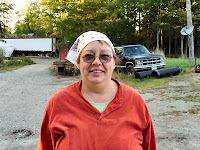 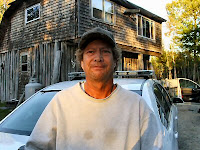 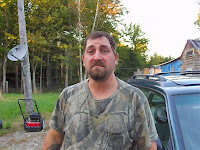 Posted by Chessie Crowe at 8:37 AM

During the early morning hours of September 5, 2012, The Washington County Sheriff’s Office along with the Maine State Police, Baileyville Police Department, Indian Township Police Department, and the US Border Patrol, officers arrested MICHAEL MACKENZIE, 32 years old of Alexander on an outstanding warrant for Burglary and Theft. The warrant is a result of a joint investigation with the Calais Police Department, Washington County Sheriff’s Office, Baileyville Police Department, and the Maine State Police. At this point, Mr. MacKenzie is cooperating with local authorities in the investigation. The law enforcement officials would like thank their communities for the effort that has been put forth in locating Mr. MacKenzie. The investigations are ongoing and the agencies expect more arrests to come in the near future. If you have any information please contact your local law enforcement agency Sheriff Donnie Smith

Posted by Chessie Crowe at 7:57 AM

On 6-30-2012 at approximately 1901 hours the Milbridge Police Department and the Washington County Sheriff’s Office were dispatched to a report of a single vehicle rollover accident with injuries on the Wyman Road in Milbridge. Officer Dennis Worcester was the first officer on scene and reported there to be 3 injuries with one serious. The Petit Menan Ambulance Service, Cherryfield Ambulance, and the Milbridge Fire Department were also dispatched to the scene. All three occupants of the vehicle were transported to Maine Coast Memorial Hospital in Ellsworth. The occupants of the vehicle were identified as Mr. Jared D. Dorr (1-26-1991) of Milbridge, Mr. Owen A. Fickett (1-18-1987) of Cherryfield, and Mr. Jason O. Redimarker (9-17-1992) of Addison. Once all three occupants were taken to Maine Coast Memeorial Hospital, Mr. Dorr was then transported via Life Flight Helicopter to Eastern Maine Medical Center in Bangor. Upon arriving at the Emergency Room in Bangor Mr. Dorr then died as a result of his injuries. Mr. Redimarker was also later transferred to Eastern Maine Medical Center where he remains. Mr. Fickett is believed to have been treated and released sometime on 7-1. The cause of the accident remains under investigation by the Washington County Sheriff’s Office and the Milbridge Police Department. Preliminary investigation indicated that alcohol and speed were factors in the accident. It was determined that the 2004 GMC pickup truck was traveling north on the Wyman Road at a high rate of speed. The operator failed to negotiate a turn and the vehicle slid off the roadway striking a large hardwood tree. After striking the tree the pickup truck then rolled over ejecting Mr. Dorr from the vehicle. The pickup truck came to rest on the passenger’s side and Mr. Dorr was reported to be trapped under the vehicle. It was also reported that witnesses and other members of the community were able to pull Mr. Dorr from under the truck. Seat belts were not believed to have been worn or utilized. More information will be available as the investigation continues. Please contact Lt. Travis Willey for more information as it becomes available. 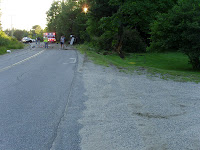 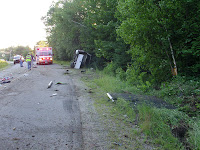 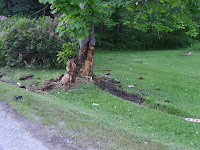 A Pleasant Point man has been sentenced for his role in a rash of wildfires that occurred in Washington County last summer. Timothy Tiess, age 37, entered into a plea agreement in Washington County Superior Court in Machias earlier this weekand was sentenced to serve 18 months in jail. According to forest rangers, Tiess was accused of starting fires in Marion Township, Edmunds Township, Day Block Township, Pembroke and Perry in July, 2011.
Tiess was originally charged with 5 counts of arson and one count of aggravated criminal mischief for starting a series of wildfires in Downeast Maine. Tiess became the subject of an intensive investigation that involved undercover surveillance and a multi-agency task force led by Maine’s forest rangers. Tiess, who served as a volunteer firefighter with the Pleasant Point Fire Department, pled guilty to the single felony count of aggravated criminal mischief (Class C), while the 5 counts of arson were dismissed in the plea deal. He was sentenced to 9 months in the Washington County jail and received a consecutive sentence of an additional 9 months on a probation revocation for a previous charge in Kennebec County. Tiess is currently in custody at the Washington County Jail and began serving his sentence on Tuesday.
According to Ranger Sgt. Courtney Hammond of the Maine Forest Service’s Jonesboro office, Tiess became a subject of investigation last summer after witnesses described a vehicle similar to Tiess’ racing away from several of the fire scenes. Tiessalso became the primary suspect early in the investigation due to his three prior convictions for other fire related incidents from the 1990s, which involved structures in southern Maine. Hammond said that Forest Rangers conducted a search warrant at his Pleasant Point residence in August and seized evidence, including a vehicle, which supported the charges against Tiess. He went on to say that forest rangers were assisted by the Maine Fire Marshal’s Office, the Maine State Police, Washington County Sheriff’s Office, and the US Fish and Wildlife Service, Moosehorn National Wildlife Refuge. Hammond coordinated the investigation, which also involved 8 forest rangers and forest ranger pilots. “The fire starts were in a large geographic area and were set sporadically over the period. Quick response by forest rangers and volunteer firefighters kept the fires from growing into dangerous incidents”, Hammond added.
“I am satisfied that the hard work of our forest rangers has resulted in this conviction,” said Chief Forest Ranger Bill Hamilton, “and we feel that the residents of Downeast Maine can take comfort in that fact.” He added that forest rangers were very pleased that they received tips from the public and assistance from other law enforcement agencies.
Maine Forest Rangers serve in the Department of Conservation, Maine Forest Service, Forest Protection Division. Their mission is to protect Maine’s citizens and its natural resources through wildfire control, natural resource law enforcement, incident management and disaster response. Citizens can provide confidential information on suspicious wildfire by calling with Wildfire Arson Hotline at 1-800-987-0257.
Posted by Chessie Crowe at 8:16 PM

On the morning of 3-7-2012 acting on a tip, Deputies from the Washington County Sheriff’s Office went to the Ackley Road in East Machias to find Mr. Jon Wright, DOB 10/6/1986, of Machiasport for the purpose of conducting a bail check on him. Mr. Wright is currently on active conditions of release for trafficking in Oxycontin.

Upon responding to a wooded area off the Ackley Road Mr. Wright’s camper was located along a skidder trail. Mr. Wright was believed to be inside the camper but would not respond and would not allow Deputies inside. During this process evidence of Fish and Game violations were discovered and the Maine Warden Service was requested to respond as well.

Once other units arrived entry was made into the camper and Mr. Wright was arrested for violations of his conditions of release. A search warrant of the property was then obtained by the Sheriff’s Office to search for drugs and contraband, deer and deer parts, firearms, ammunition, deer processing equipment, wild birds, wild bird parts, and wild bird capturing devices.

Upon execution of that warrant evidence was found supporting several charges against Mr. Wright. Several firearms, drugs, drug paraphernalia, deer parts, and a live Raven were seized as a result of the efforts. Other charges include Unlawful Possession of Schedule Drugs, Illegal deer kill charges, and charges related to the captive Raven. According to the Maine Warden Service possible federal charges are pending reference the captive Raven.

Affidavit and Request for this search warrant are on file with the Machias District Court. Mr. Wright remains in custody in the Washington County Jail held without bail at the time of this release pending his appearance before the Machias District court possibly Friday 3-9.


Sheriff Donnie Smith
Posted by Chessie Crowe at 11:52 AM

The second search warrant was executed at a residence located at 138 North Lubec Road in Lubec. Seized in the second warrant were more unlawfully possessed prescription pills, firearms and cash.

Washington County Deputies and Agents with the United States Coast Guard Investigative Service have been investigating the illegal importation of prescription drugs to Lubec for several months.

Ashley Bragg, William Feltner and Amanda Bragg were all transported to the Washington County Jail in Machias.

Assisting the Washington County Sheriff’s Office at the Lubec warrant was the United States Coast Guard Investigative Service and the Maine State Police.
Posted by Chessie Crowe at 4:02 AM

On 9-27-11 at approximately 0620 hrs Deputies responded to a report of a burglary at the T.A King and Sons business in Jonesport. During the investigation deputies found physical evidence and while speaking to people in the community linked that evidence to Franklin Perry, D.O.B 12/29/1981. During the investigation of the burglary at T.A King and Sons deputies were told that the Moosabec Variety store and Stewarts Grocery had been broken into as well. The investigation yielded evidence linking the Perry to all three burglaries.

Of the items stolen there were (in all 3 burglaries) $700.00, alcohol,cigarettes, laptop computer,scratch off lottery tickets and small amount of hand tools.

Upon trying to locate Perry, Deputies were in Stewarts grocery giving the clerks and owners a physical description of Perry, when Perry walked in the store. The deputies brought Perry outside and interviewed him. Perry had some of the stolen property on his person. Perry admitted to the breaks and Sgt. Randy Perry and Deputy Brandon Parker were able to retrieve some of the stolen property.

Perry was arrested taken to the Washington County Jail and charged with the burglaries. He being held on $5,000.00 cash bail.
Posted by Chessie Crowe at 12:27 PM 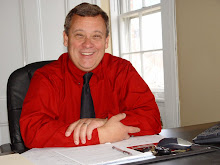